I am super excited to tell you all that I have completed one month of Kayla Itsines’ BBG! Those of you that have been with me for a while may remember that I have been trying to use this program for a few months, but multiple injuries caused some setbacks. I actually did have a small setback during week 4…my lower back started acting up and I ended up taking the rest of the week off from my workouts to heal up. I did repeat week 4 the following week!

But no more! I am all healed up and have FINALLY made it through the first of three months! So here is the breakdown of how my weeks went: 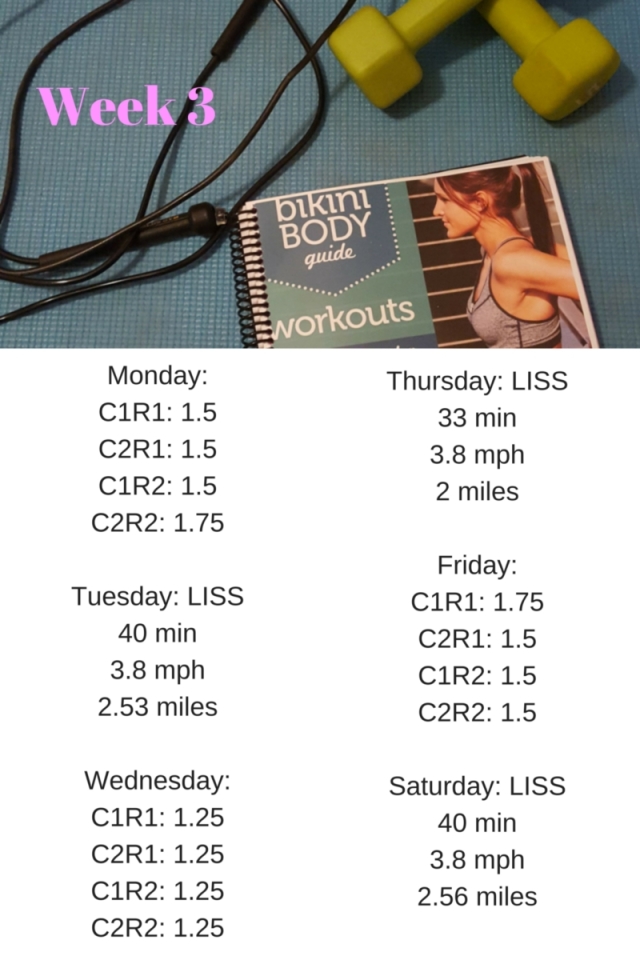 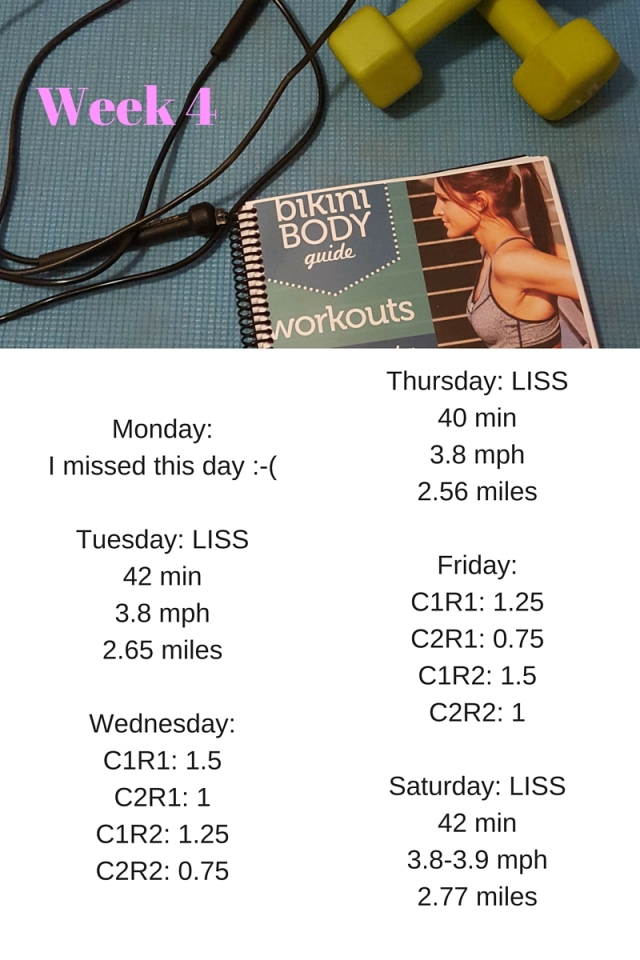 I missed this last Monday because I was still a little worried about my back acting up. That was the only workout I missed though!

As an extra motivator to keep on my workouts and healthy eating, I also participated in the ZP Challenge through my work! Each cycle of the challenge is one month long and I am really happy with how my first month went! (I finished my first month at the end of Week 3 of BBG) Workouts – DONE: 6 days a week! Healthy eating – DONE: 6 days a week, with one treat meal per week…I love pizza! I will be keeping up with this challenge on a monthly cycle. It’s been a great motivator, even more so than I thought that it would be!

Ok, now for the part I’ve been dreading…progress pictures. First off, I have realized two things: 1) I suck at taking progress pictures and my starting pictures are terrible 2) I really need some better clothes for progress pics. These exercise pants are not at all good for this.

Disclaimer: As hard as I tried not to, I’m pretty sure that I am sucking in a bit in the start pictures. It’s more a habit that I don’t even think about, and I think I was doing it in that picture. Along with that, the pants in the first picture are set higher than in the second, holding more of my stomach in.

In a happier part of the disclaimer, your eyes are not playing tricks on you! That is the same wall, but with paint on it now. Pretty light purple paint, painted for the first time while I’ve lived in this house! More will be coming on this bedroom transformation in a couple months or so, while I finish up the details 🙂 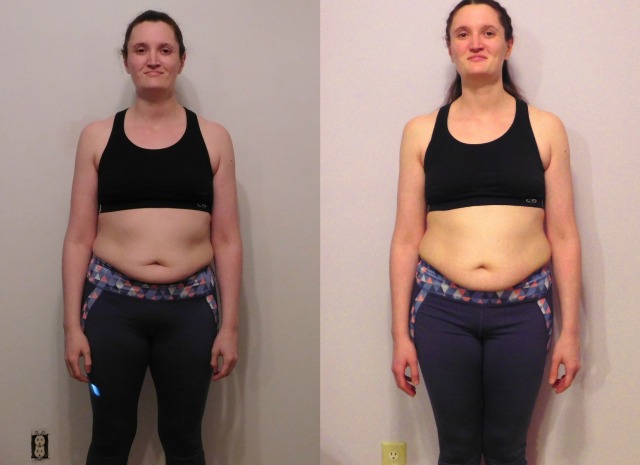 Overall…I’m not thrilled with these. And while I don’t think they are perfectly representative, due to my lack-of-good-pictures issue, I don’t think I made much visible progress in this first month. And I’m having a hard time not getting down or discouraged by this.

I just need to focus on the fact that I know I have made strength progress! When I started BBG, I couldn’t do more than a couple push-ups before I had to go to knees. Now I can do 10! That’s just one example of many that show that I have made some progress. I just need to keep at it and the visible progress will follow!

That’s it for this month! Hopefully next month I will be able to give you a much more positive (overall) update, with no injuries/setbacks!

P.S. I have a confession to make. I finished this post up a couple days ago and have been having a hard time actually publishing this. While I know that I have been making progress and I am thrilled to finish 1 month, I was really disappointed to see these progress photos. So much so that my motivation to work out took a bit of a nosedive. I took an early rest day to this week (Week 5) to try to get my head back on straight, and am now hopefully back on track. While blogs are not ever 100% reality, I don’t want to cover up difficulties like the one I have been dealing with. With all that being said, I hope you’ve enjoyed this post!

How have your workouts been going? For those of you doing BBG or another workout program, did you see much progress in the first month?